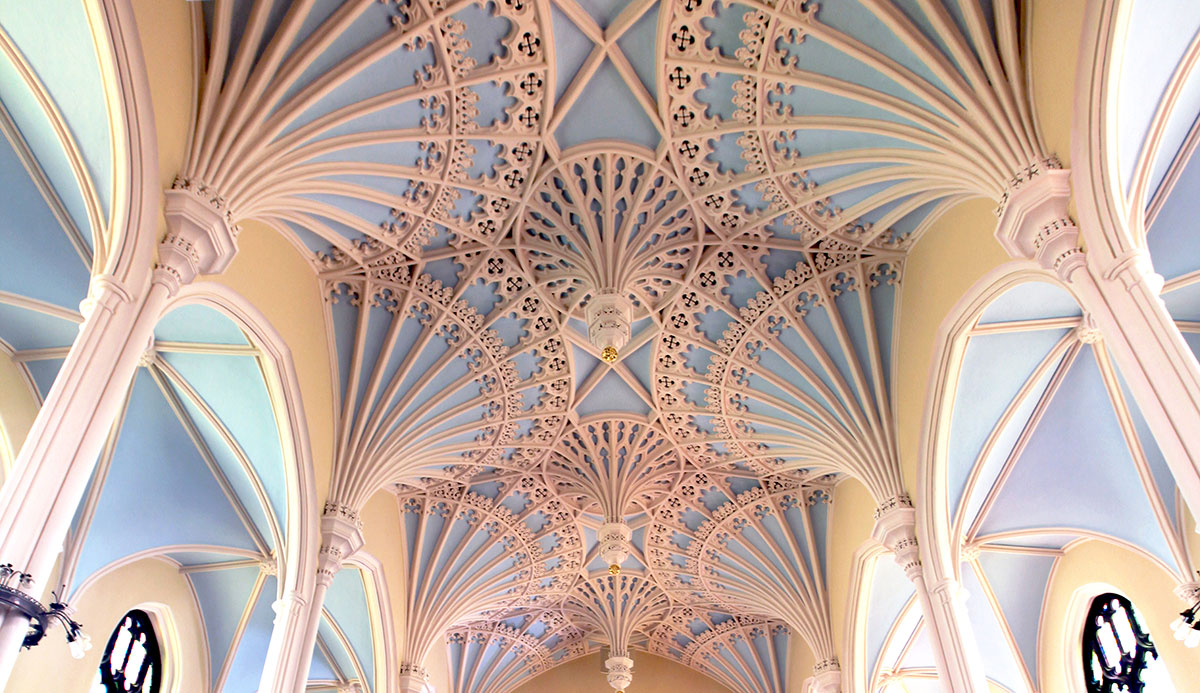 Built in 1772 the Unitarian Universalist Church was renovated in 2005.  Extensive Plaster repair including flat walls and ceilings.  Loose and or deteriorated plaster was removed.  In areas of removal the existing plaster was retained in place with the use of plaster washers as per Preservation Brief #21.  Adhesives for re-attachment of loose plaster as per instruction written by Morgan W. Phillips.  Adhesives used for this repair were manufactured by Big Wally’s Adhesives.  All water damaged wood furring was replaced with pressure treated wood as required to match existing furring.  All replaced furring and existing furring in repair area was attached with stainless steel fasteners anchored into the brick with epoxy.  Metal lath 3.4 lbs. per sq./rd was used in all replaced plaster areas.  Plaster replacement materials used were USG General Purpose Plaster for the scratch and Brown Coats.  All decorative plaster and cornice replacement items were USG Hydrocal Gypsum Plaster.  Finish coat plaster and all areas requiring a skim coat were finished with Master of Plaster.